A Long Road to India

In 2004, I began working as a U.S. volunteer with the tour coordinator from the Drepung Gomang Monastery, a Tibetan monastery in India. During that time, for me a lifelong friendship with a monk named Geshe Lobsang Yonten, a Doctor of Buddhist philosophy began. Since then I have worked with the monastery in the United States helping to arrange events and raise money for the Monastery.

One such event I have helped with was arranging for the creation of sand mandala at the Michener Art Museum and Doylestown Hospital.  A sand mandala is a Tibetan Buddhist tradition involving the creation and destruction of a work of art created by funneling tiny grains of colored sands onto a large board, one grain at a time. It is ritualistically destroyed once it has been completed and its viewing and accompanying ceremonies are done, the piece is wiped away to symbolize the Buddhist doctrinal belief in the transitory nature of material life, a form of non-attachement.  As artists we tend to want to preserve everything we create, in the Buddhist tradition they develop the non-attachment necessary to the process of building the mandalas with care and wiping them away in a ceremonial release at completion.

At the Michener Art Museum in Doylestown this was especially obvious, as I watched the curators whose job is to preserve the works of art they are charged with, struggle through the process of letting go. But in the end they were stronger for it.

As I have had the chance to work up close with the monks while they create their works of art in their Buddhist traditions, it makes me desire to deepen personally, my understanding of the techniques and philosophies involved in the art making. This is one of my goals of this fellowship. I wish to make my art richer with the same feelings of love and humility for others while at the same time developing a non-attachement to my work. I believe that by working amongst the people who live in this ancient culture, will help with that.

In 2004, my friend Geshe, along with the Dali Lama’s brother, Ngari Rinpoche , returned to his hometown in Northern India near the Tibetan border. He returned to create a school for the children.  Zanskar is one of the last places where the original Tibetan Buddhist way of life still exists. The traditional values of the region are eroding, Geshe believes it is because of the extreme local poverty. The aim of the Stongday School is to provide children in the Ladakh and Zanskar regions with both a proper modern education and ongoing immersion in their cultural heritage. Geshe Yonten told me that  “just as a bird cannot fly without two wings, so humans can not flourish without both an ‘inner’ and ‘outer’ education.” This dual approach will help preserve these ancient cultures, as well as embed an appreciation for their unique origins and destiny.

The beautiful faces of the children of Zanskar

I have decided to finally try and work hands on with these beautiful children, so this year I have taken the steps to apply for a Travel Fellowship at the College I am attending, Moore College of Art and Design in Philadelphia.This fellowship will allow me to travel to India and spend two weeks with Geshe and the children at the schools in Zanskar and Dharamshala, teaching them English with art, as well as deepening their understanding of their own traditions. It is my theory that to truly learn and assimilate something you must also teach it. While in India I will also have the opportunity to view ancient Buddhist art, texts and documents in person. By doing this I will gain first hand knowledge of the richness and techniques of the ancient Buddhist arts.

I never dreamed that taking on this opportunity would be so much work and so rewarding at the same time. Through the proses I have learned to write grant proposals, design, layout, and hang my own individual art show, as well as sharpen my interview skills. All things I believe that will benefit my career and my community in the future. 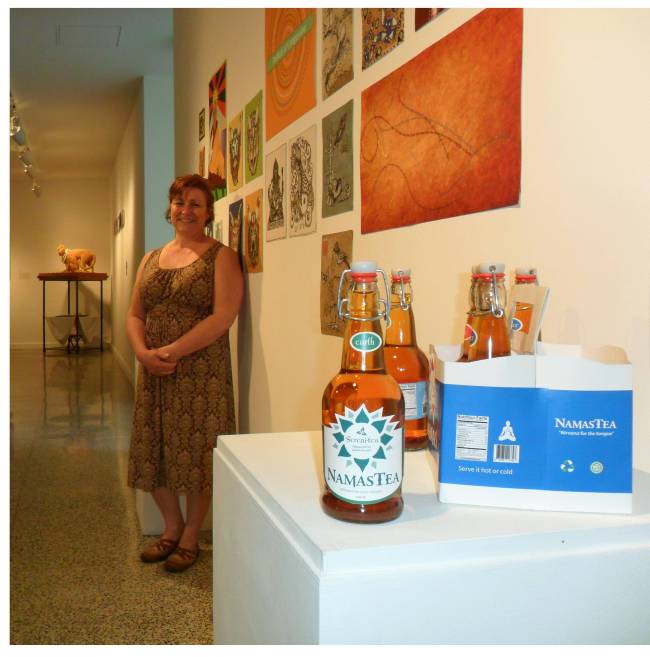 So this long road to India may diverge or continue tonight as the winners of the fellowships are announced. I am truly okay with whatever the outcome be, because through the journey I’ve already won.

This site uses Akismet to reduce spam. Learn how your comment data is processed.

The Illustrations and Blog of Pat Achilles

The latest news on WordPress.com and the WordPress community.